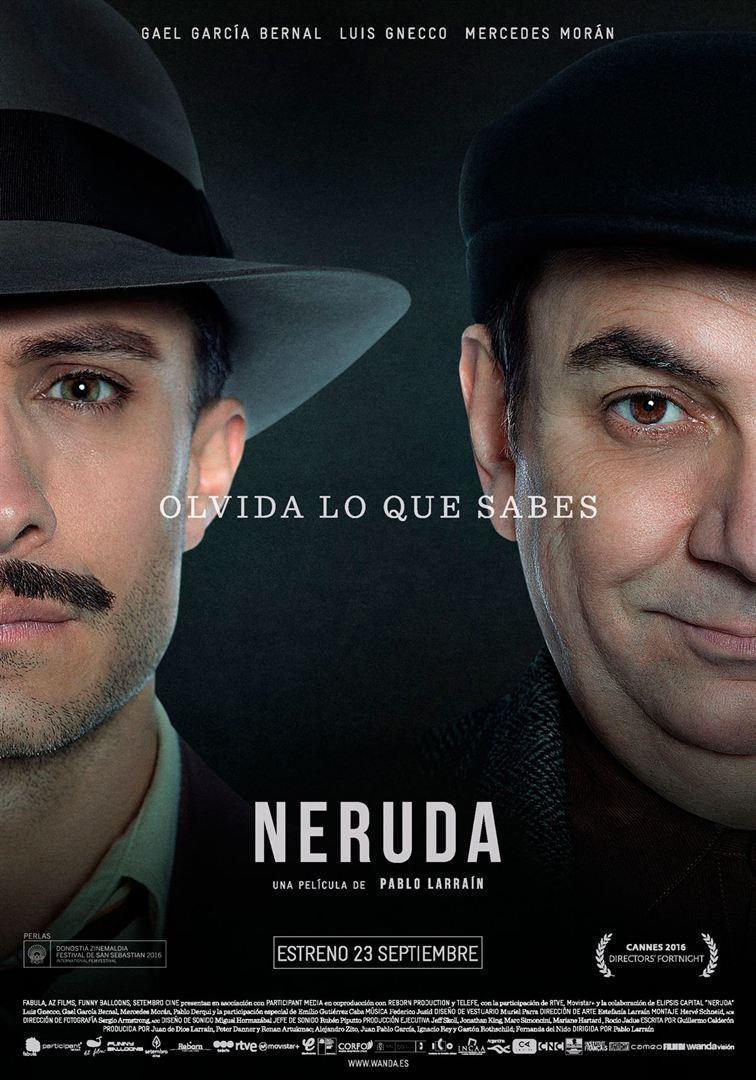 "Popular poet and Communist Senator Pablo Neruda (Luis Gnecco) opposes the administration of President Gabriel González Videla and denounces his brutal anti-communist repression in a speech in the National Congress in 1948. Threatened with arrest, he goes underground. Refusing to live the life of a fugitive, he taunts the government authorities by appearing in public venues or leaving evidence of his movements. His pursuer is the fascist Chief of the Investigations Police of Chile Oscar Peluchonneau (Gael García Bernal)."    Wikipedia
http://guides.library.appstate.edu/globalfilmseries