Honors senior anthropology major and Chancellor’s Scholar Evie Giaconia spent this past summer in the Ecuadorian Amazon Rainforest conducting ethnographic research for her Honors thesis. Evie traveled to the Shiripuno Ecolodge in the Napo province of Ecuador where she worked with the organization AMUKISHMI (Associación  de  mujeres  Kichwa  en  Shiripuno y Misahuallí), an indigenous women-led ecotourism cooperative. For her Honors thesis, Evie is studying how physical space affects audiences' perceptions of what it means to be indigenous.

Evie spent a month over the summer of 2016 in Shiripuno in the Ethnographic Field School led by Dr. Tim Smith, Associate Professor and Chair of the Department of Anthropology. In that faculty-led study abroad course, students learned to do ethnographic fieldwork, and studied Kichwa, the local language. As a part of their fieldwork, students conducted interviews with women in this small ecotourism community.

This past summer Evie returned, along with her research partner, anthropology major Abigail Rubio, to Shiripuno to continue her thesis research. For this, she received grants from the office of student research, the Honors College, and the Department of Anthropology through the Loucks Memorial Scholarship. While in Shiripuno, Evie continued her study of Kichwa, conducting ethnographic research, and volunteering in the ecolodge. The data she collected this summer is the basis for her honors thesis, which she is now writing.

Photo below contributed by Evie pictures her in the far back painting a mural of Little Red Riding Hood at the local school. 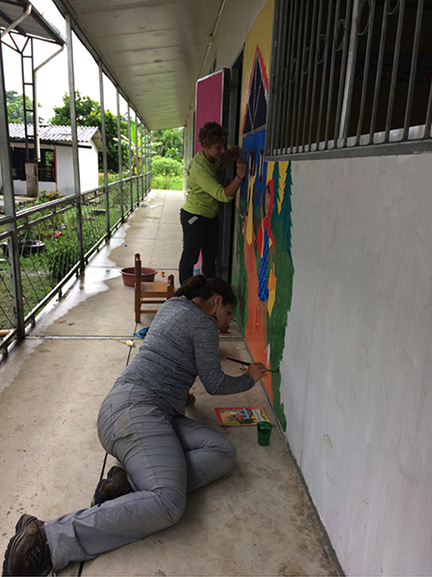 While in Shiripuno, Evie stayed in a cabin at the ecolodge, and spent her time with the women working in the cooperative. For guests, the women perform traditional dances, give chocolate- and jewelry-making demonstrations, present the Yachak Rumi (a huge sacred rock with “doorways” in it), cook traditional meals, and sell artisanal products like jewelry and pottery. Evie participated alongside their efforts. She worked as a volunteer in the kitchen, taught English classes to kids, painted a mural at the school, and attended one of their traditional dance performances in the capital city of Quito.

Photo below contributed by Evie shows a traditional dance performed by the women of AMUKISHMI for tourists. 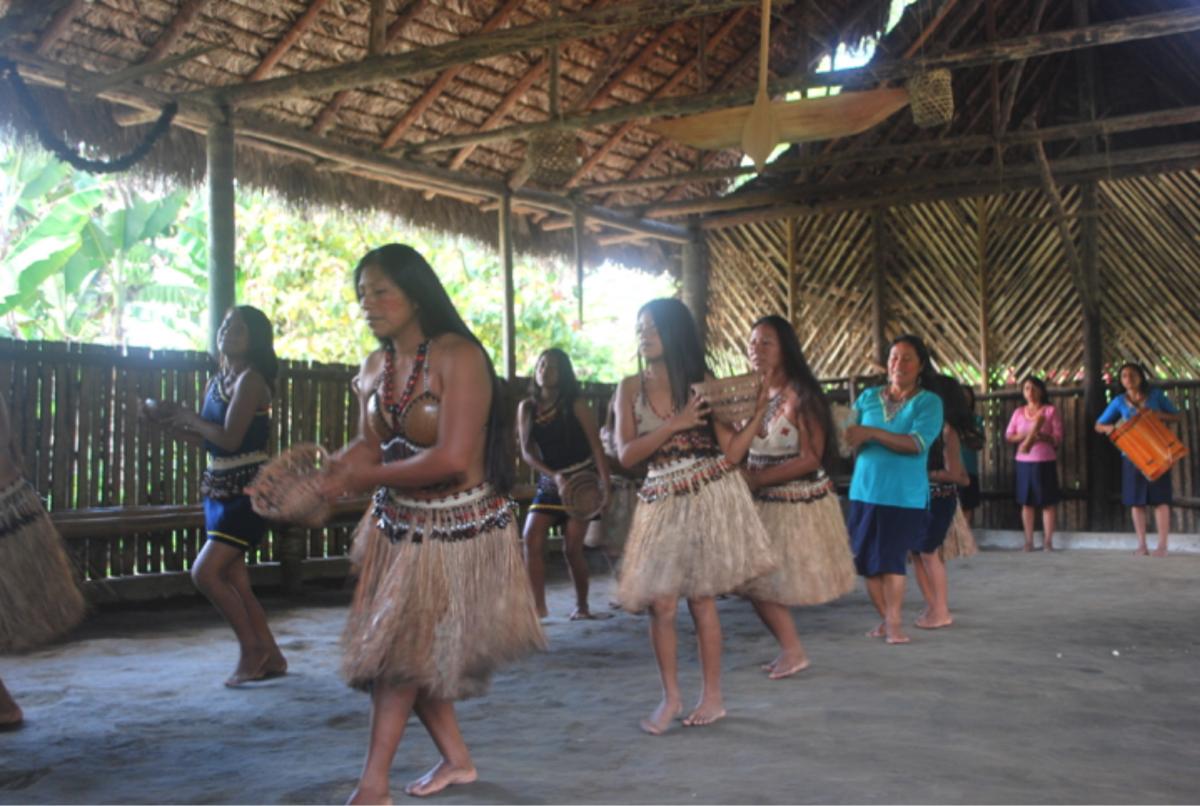 Through these experiences, Evie has developed connections with the community, which she hopes to strengthen in coming years. As she shared, “I learned an incredible amount about the community.” This is the kind of life-changing international experience we hope for all Honors students, one that allows them to understand and navigate the world from a different perspective. It certainly provided a solid foundation for an exceptional Honors thesis! Stay tuned to the Honors calendar on our homepage for the public announcement of Evie’s defense this upcoming spring.

Top photo, contributed by Evie, is a group picture from her last day in Siripuno. Evie is pictured second from right, along with Abigail Rubio, second from left. 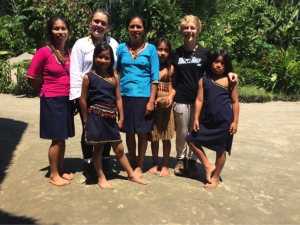 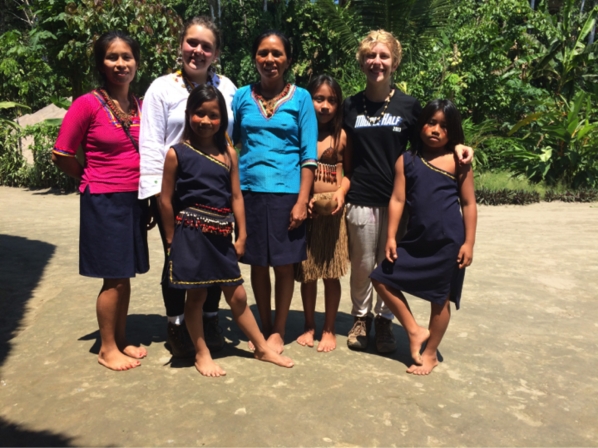