Honors first year student Kara Snow from Raleigh, NC, has been selected as a North Carolina GlaxoSmithKline Foundation Women in Science Scholar. Snow is majoring in applied physics with an emphasis in astrophysics and minor in mathematics. She is working with faculty mentor Dr. Daniel Caton, Director of Observatories and professor in Appalachian’s Department of Physics and Astronomy.

The GlaxoSmithKline Foundation Women in Science Scholars “offers a unique educational opportunity to young women by coupling college scholarships with a mentoring program.” With this award, Snow will receive funding covering tuition for up to three years, the completion of her undergraduate degree at Appalachian State University. Equally as important, Snow will be partnered with a female mentor in the sciences, “a GlaxoSmithKline mentor who provides valuable leadership to students by sharing her experiences and insights, and providing science career guidance.” In October, Snow will attend North Carolina GlaxoSmithKline Foundation Women in Science Scholars annual meeting, where she will meet and begin working with her new mentor.

It is a feat for a first year student to establish the solid research foundation required of this scholarship. With Dr. Caton’s mentorship, Snow has graphed a binary system consisting of two stars orbiting each other, helping to determine the ratio of the star’s masses and temperatures for the first time in astronomical history. After attending summer orientation, and before starting her coursework at Appalachian, Snow began working with Dr. Caton at Appalachian’s Dark Sky Observatory (DSO). She shared,

“I began doing research the summer before I began college at Appalachian and I have loved every second of it! I also volunteer at public nights at the DSO where I teach the guests about the computer programs we use, the research we do, and aid in the constellation tours and answering questions.”

Snow’s ambitious approach to research has paid off! In addition to the Glaxo Smith Kline Foundation Women in Science Scholar Program, Snow has also been awarded an internship at the North Carolina Museum of Natural Sciences in the Astronomy and Astrophysics Research Lab. There she is working with Dr. Rachel Smith, Head of this lab, Curator of Meteorites at the museum, and also an associate professor in the Department of Physics and Astronomy at Appalachian State University. This competitive position is supported by the North Carolina Space Grant, a National Aeronautics and Space Administration (NASA) consortium. Snow will be working with Dr. Smith on a meteorite imaging study, meteorite curation, and public outreach related to OpenSpace.

Kara has already begun exploring OpenSpace at DSO, and stated,

“I am excited because I am going to be working on a project funded by NASA, and one that directly relates to NASA missions! I will be working with the code to help import mission data into the software infrastructure. I also will get to help host presentations in the museum’s Daily Planet theater at the NC Museum of Natural Sciences. I will get to interact with children and their families and (hopefully) get them as excited about space as I am!” 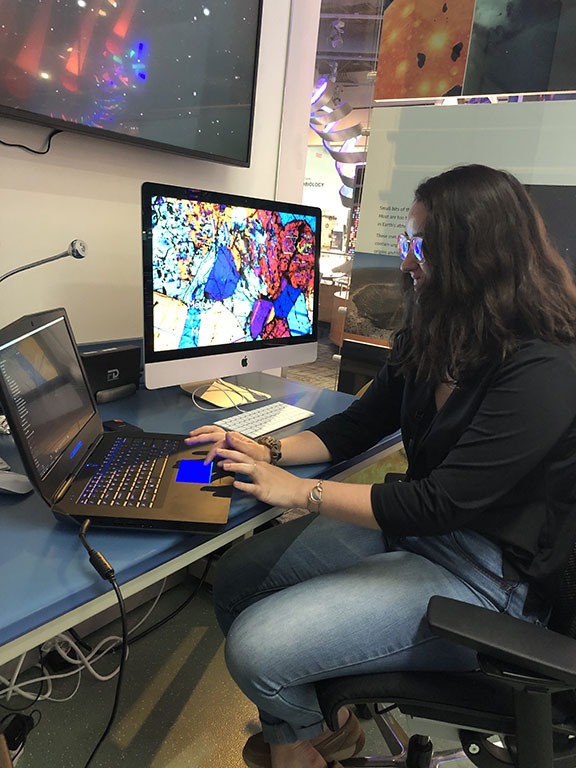 As pictured in the above photo, this summer Snow is working with Dr. Smith behind the glass walls of the astronomy lab where museum visitors can see them work. She is most excited because, “When my little brothers come to the museum they will get to see me working!” If you visit Raleigh, be sure to stop by the museum to see Snow modeling Honors in action. It is just this kind of real-life and hands-on research that Honors students do with their summers. With both of these awards and such a successful start in her first year at Appalachian, we look forward to following Snow’s future achievements. 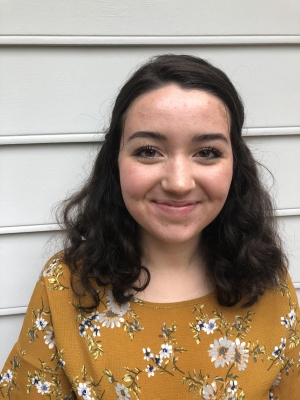 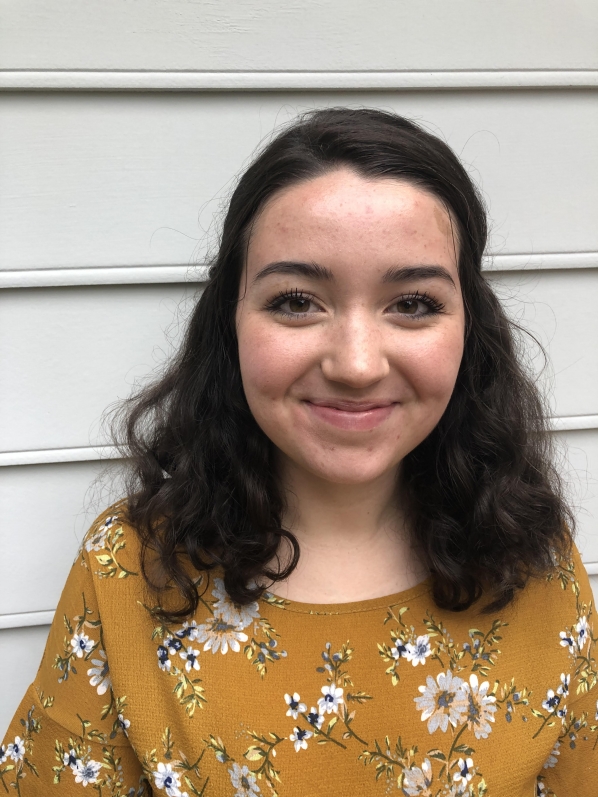