Appalachian State University has offered team-taught honors courses that fulfill core curriculum/general education requirements for over 35 years. In the late 1960s, several departments hired new faculty members with innovative ideas regarding student learning. Some of these new faculty members began advocating for an honors program, which they had experienced at previous academic institutions, among them Dr. Tom McGowan and Dr. Tom McLaughlin in the English department. The honors program began under the leadership of Dr. O. Kenneth Webb in the General College, with the first graduates in 1972. It was later moved to Academic Affairs in the late 1980s. In 2008, Honors was relocated within the newly formed University College, led by Dr. Dave Haney.

(right) organized the first departmental honors program in English in 1970, and, at first, honors was only available in academic departments. Dr. Helen Latour (Languages/Latin), and Dr. Max Smith (Music) were instrumental in forming the General Honors curriculum in the late 1970s, with the first General Honors course offered in the early 1980s. The honors courses and curriculum have been revised several times since it began, most recently in 2007. In July 2010, The Heltzer Honors Program turned into The Honors College at Appalachian State University.

In the late 1970s, the University created the Chancellor's Scholarship within the newly formed Honors Program to assure that the most-academically competitive students in the country would be attracted to the new Program. It was initially a full academic scholarship, and is currently the University's only full scholarship that is primarily academically merit based. 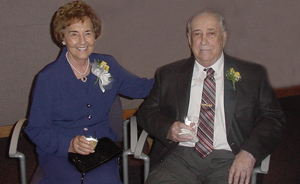 Inaugural Dean of the Honors College: