Honors Elliot Adler studied abroad this past Spring semester 9,882 miles away from Boone in Melbourne, Australia. Adler is a rising junior and exercise science major. While in Melbourne, Adler took twelve semester hours of coursework, one half of which counts into his Honors requirements. Adler learned some important lessons from his experience living and studying in Australia, which reflects on below. 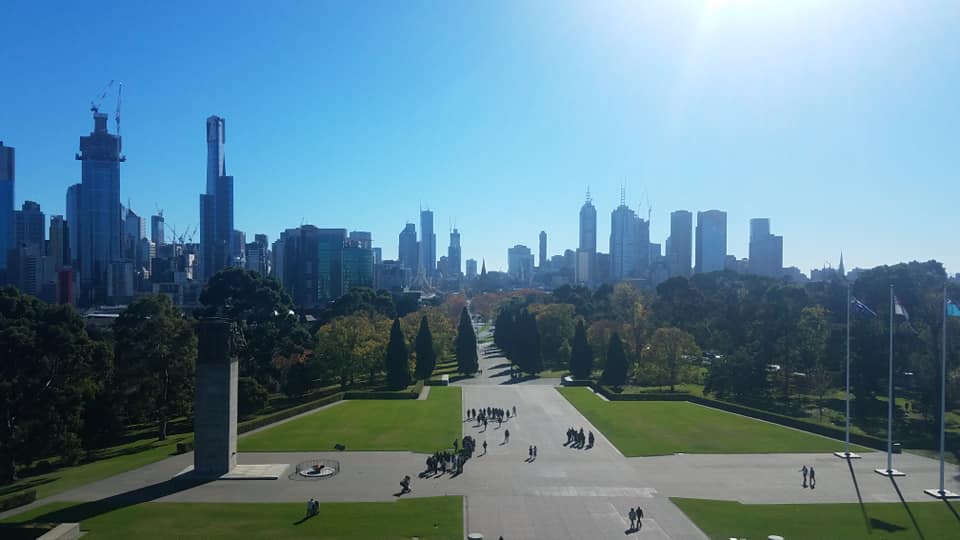 Photo above shows the skyline view of Melbourne from the Shrine of Remembrance, consecrated for all Australian men and women who served in combat. Photo by Elliot Adler 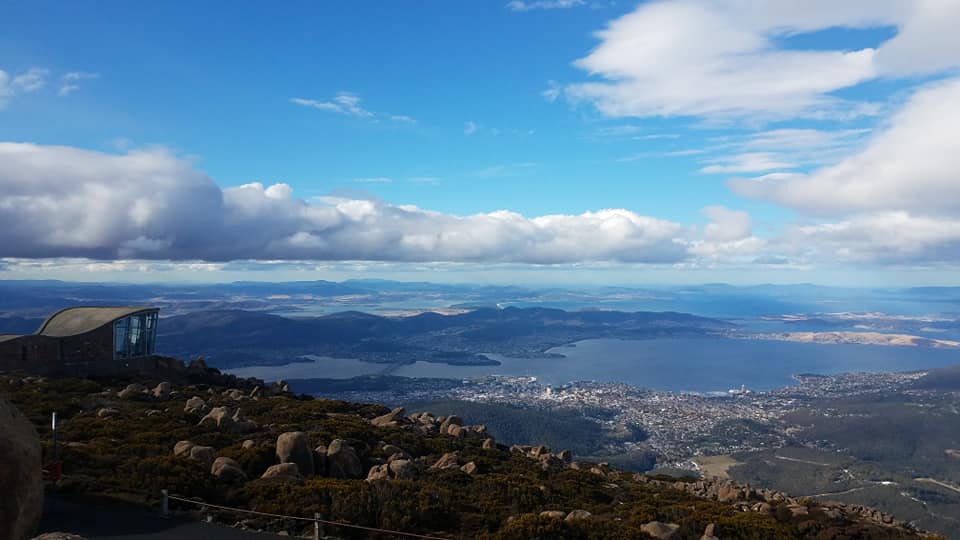 Photo above of the peak of Mount Wellington in Tasmania, overlooking the main town of Hobart. Photo by Elliot Adler

Second, he learned to be more appreciative of our world. He shares,

“I was lucky enough to experience wilderness and wildlife that you cannot find anywhere else on Earth. From countless selfies with kangaroos to petting koalas to swimming in the fleeting Great Barrier Reef to hiking and camping throughout Australia. I could not be more grateful to be a part of the world. Particularly the Great Barrier Reef has opened my eyes to our responsibility to keep our home beautiful. If we don't change our ways sooner or later, it will be gone." 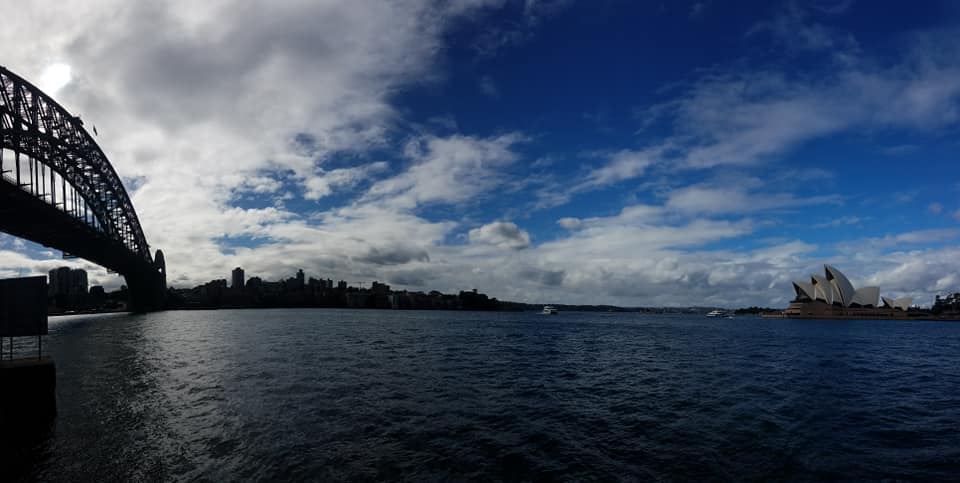 Adler’s family visited him in Australia while he was there. He felt lucky to share with them this experience, providing insights on Australian lingo, sights to see, and foods to try. Adler encourages anyone who gets the chance to visit Australia. He notes,

“The people, the food, reachable distance to go hiking, climbing, rafting, etc. all makes the timebeing Down Under worthwhile.”

Top photo features Adler with a kangaroo in Melbourne, Australia. He shared, “After many attempts to get the perfect kangaroo selfie, this one was captured at the right time with one looking over its buddy to smile for the camera with me at the Bonorong Wildlife Sanctuary.” Photo by Elliot Adler 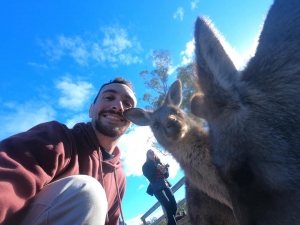 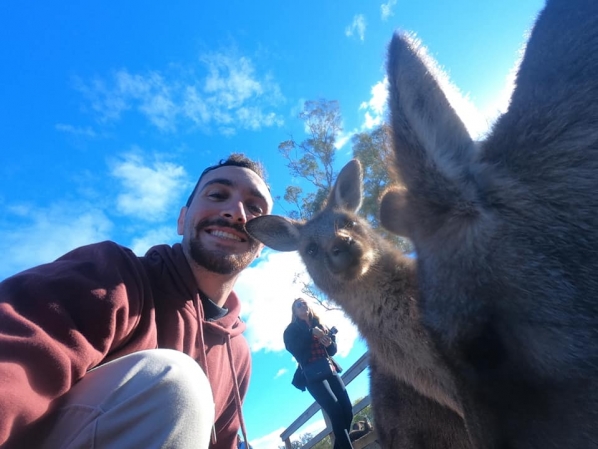