Honors Rebecca Long ’16 and Honors senior Gabrielle Timbrook have teamed-up to develop and bring to campus the Neurodiversity Film Series.  The film series begins on campus this week with the showing of Neurotypical on Thursday February 20, 2020 at 5:30pm in the Greenbriar Theatre.  There will be a panel discussion following the film led by Autistic Students and Allies of the High Country.  Click here for the full line-up of the Spring 2020 Neurodiversity Film Series.

Long is currently working on a Master of Arts in Appalachian Studies. As an undergraduate, Long double majored in anthropology and art, and completed University and departmental honors in both majors. A current senior, Timbrook is also an anthropology major. Long and Timbrook met in an anthropology course in the Spring 2019 semester where they realized they have similar interest in issues of neurodiversity. As Long explained, they both wanted to

“bring disability and neurodiversity into the university’s conversation around diversity, and specifically highlight students on campus who are advocating for neurodiversity and impacted by these issues.”

With that goal in mind, in the Fall 2019 semester, Long and Timbrook teamed-up and applied for a Clinton Global Initiative (CGI) University grant administered through the Appalachian and Community Together (ACT) office and University College. With this CGI, they have received funding to bring this film series to campus for the Spring 2020 semester. They have garnered additional support for the film series from Multicultural Student Development, University Documentary Films Film Services, the Department of Anthropology, the Department of Interdisciplinary Studies, and the Department of Sociology.

“Our goal is to bring the conversation about neurodiversity to campus and the community, to spread the word! The series is an event that is open to the public.”

Additionally, they hope to:

Both Long and Timbrook are members of Autistic Students and Allies of the High County, a student organization that aims to do just that. As Long described, this is a student organization for “anyone who has any interest in learning about autism and being in a community with people who are autistic or otherwise neurodivergent. We are learning about issues concerning neurodiversity and we do have allies.”

Long and Timbrook explained that there are a lot of reasons why Honors students are interested in opportunities like these, which the Clinton Global Initiative University grant supports. Long explained, “It is a professional networking opportunity for Honors students to connect with other students across the world who are also passionate about a variety of social justice issues in their local communities.” And, Timbrook added, “It is great experience for planning and organizing. You are given resources to freely implement your own ideas for change in areas you are passionate about. This is different than other, more restricted funding opportunities from smaller scholarships or internships.” 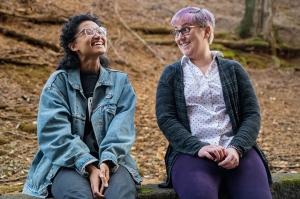 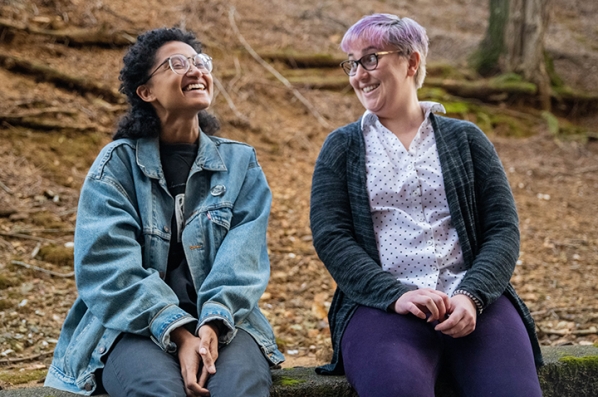