On April 3, 2019, Appalachian Honors Association (AHA) entered Wellness and Prevention Services’ Project Condom contest.  Project Condom merges art and fashion while promoting safer sex behaviors for college-aged students. Based on the tv show Project Runway, teams of students had the opportunity to create and showcase garments made entirely of condoms. The purpose of Project Condom is to raise awareness about safer sexual health behaviors and issues and to decrease the stigma associated in an innovative way.

The theme for this year’s was “Caption This!” and AHA pursued a pun-filled approach. The AHA team created a suit of armor made out of condoms. They titled the garment, “One Knight Stand” and dubbed it “the Ultimate Protection.” 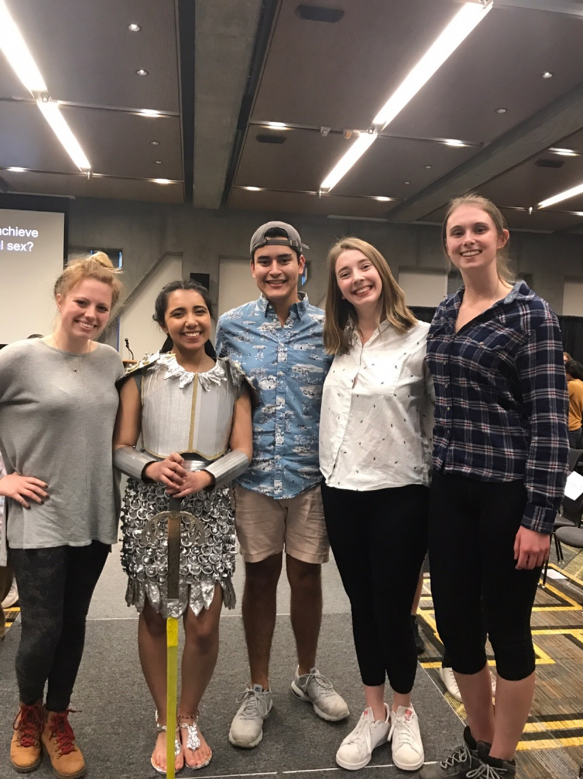 First year student and Chancellor Scholar Cielo Gomez said that Project Condom was “really great experience. Sexual education and getting the message of safe sex across is very important —especially towards college students. Being able to work with the AHA members to showcase this message in a fun and creative way really made us grow closer and educate ourselves even more on the safe sex initiative.”

When asked about the inspiration for the armor, Gomez stated that “One Knight Stand: Just like a knight never goes into battle without a plan and lots of armor, one should never engage in a one-night stand without the plan of communicating with that partner and lots of protection—in this case, condoms.” 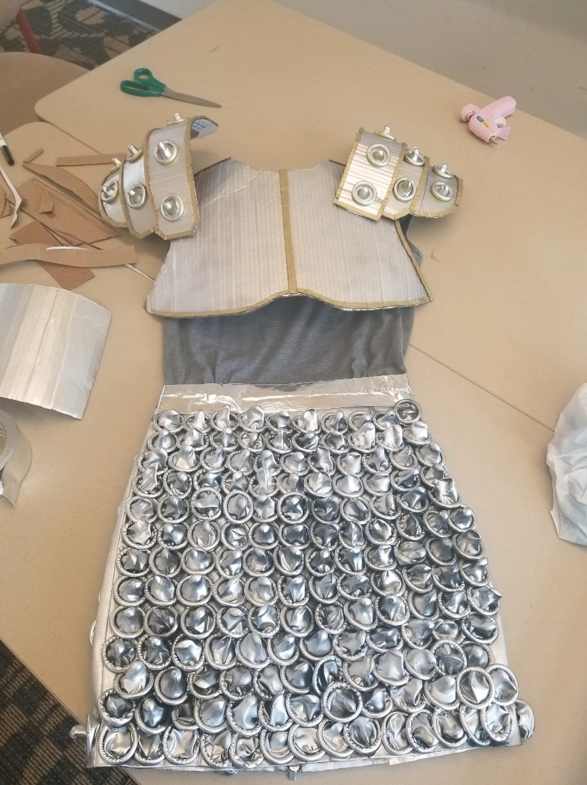 Photo above shows the full suit of armor. Photo Submitted.

AHA and the Honors College were very excited to participate in Project Condom because it was centered around art, community-building and service as well. 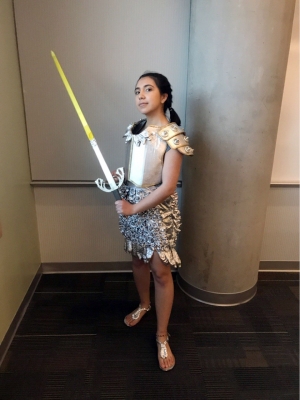 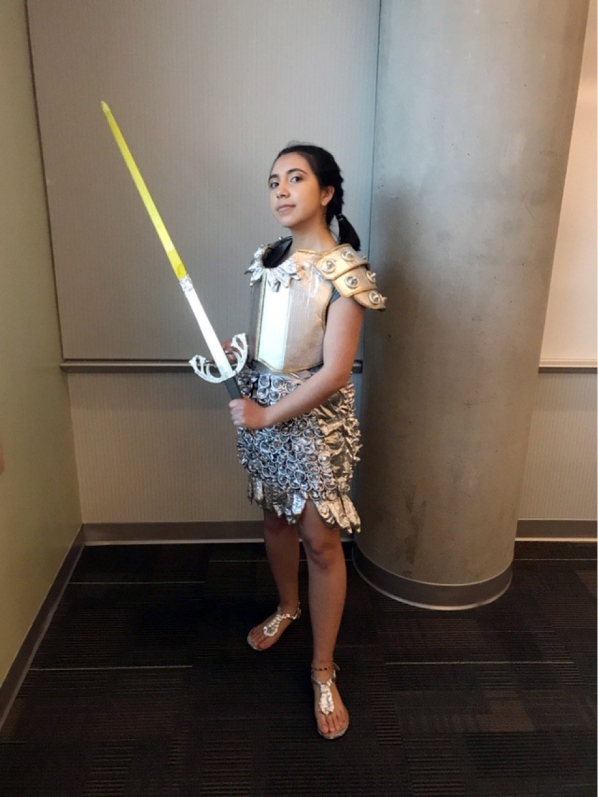