Honors seniors Wade Bestler and Matthew Wallace have accepted financial analysts positions with Bank of America. Bestler and Wallace are both finance and banking majors on track to graduate in May of 2019. They are now both securely employed, and plan to start work with BoA, headquartered in Charlotte, NC, only a few weeks after graduation. Bestler shared,

“I’ve already accepted my offer! It was kind of surprising going into my senior year employed.”

These job offers came out of the highly competitive Financial Management Analyst Program Internship Program, which Bestler and Wallace completed this past summer in Charlotte. Based on their performance in that internship, each has been offered a full time Financial Analyst position. Bestler and Wallace each worked in different departments within the bank during their internships this past summer.

Bestler worked in the consumer deposits department with the net interest income team. With them, he did forecasting work that took a macroeconomic perspective. He was responsible for compiling and sending a monthly fuel file report reflecting the forecasting. As he explained,

Wallace worked this past summer on the global banking capital management team. He was responsible for monitoring the capital requirements—what the banks have to secure their loans—in proportion to the amount of risk the bank is taking. Wallace learned that what is fundamental to this work is the ability to serve clients. He shared,

“I will always remember Brian Moynihan, [CEO of BoA], saying, ‘We are there to serve our clients. It is not our first goal to make money.”

Starting in June, Bestler and Wallace will be working in an advanced program with BoA. This offers them the fast-track to becoming Senior Financial Analysts and provides exposure to work in the different departments of the bank. For the next two years, Bestler and Wallace will rotate within the Chief Financial officer group so that they can ultimately decide in which specific department within the bank they want to work.

Congratulations to both of these Honors seniors. We look forward to following your careers and futures. 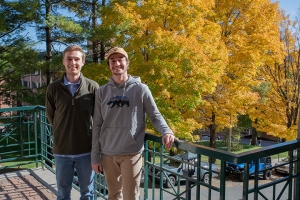 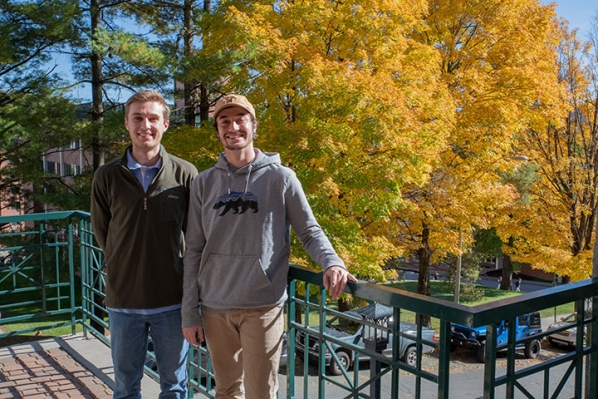